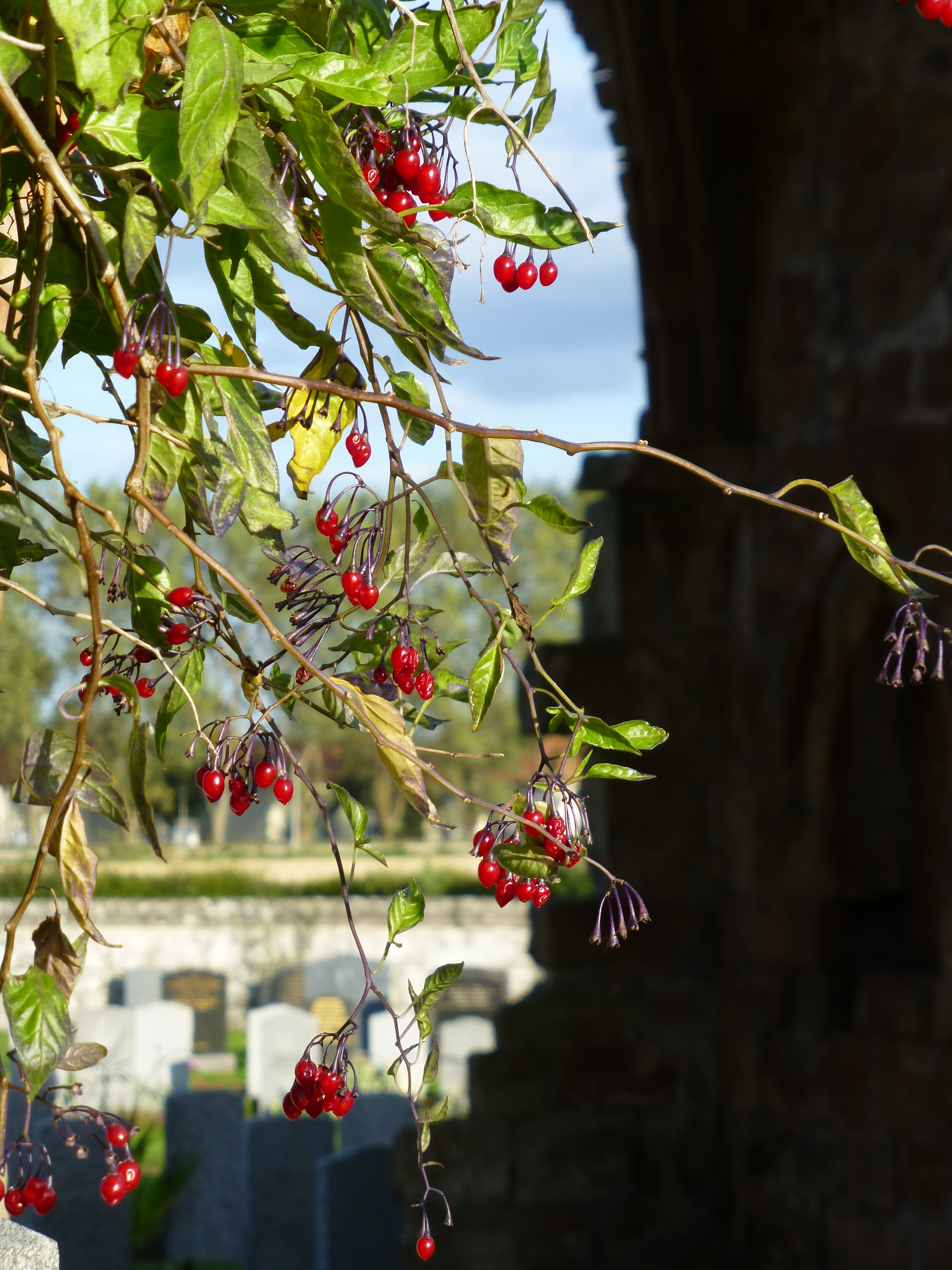 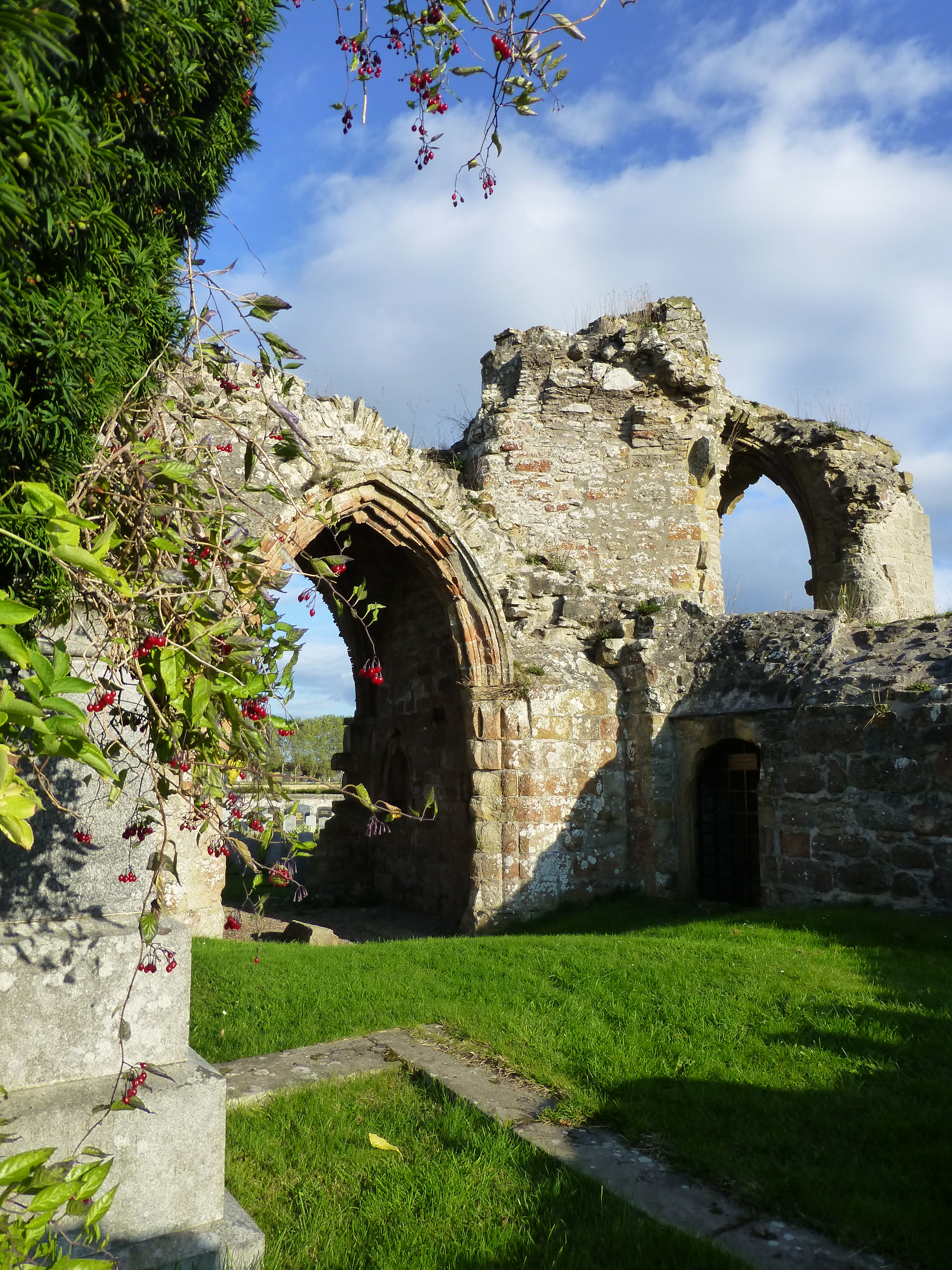 According to the tradition of Kinloss Abbey

“The king, while engaged on a hunting expedition, lost his way in a thick wood; and while in extremity, and in answer to his prayers, he received the guidance of a white dove.

By following the Dove he was led to an open spot, where he found two shepherds tending their flocks. From these he received food and shelter.

During the night he was warned, in a dream, that he should erect a chapel in honour of the Blessed Virgin, by whose ready aid he had been preserved.

On rising from sleep, and recalling his dream, he resolved to act on it, and, drawing his sword, he marked out on the ground the lines of the chapel that he vowed to erect.

The King then went to the castle at Duffus, accompanied by his nobles; and after communicating to them his vision and consequent vow, he called the architects and masons engaged on royal works in various places, in order that the foundation of Kinloss might forthwith be proceeded with.

To secure the uninterrupted progress of the work, the King remained during the summer at Duffus.

When he was called away by other affairs before the completion of the Abbey, he sent to Melrose for a monk, whom he set in charge over his builders and the rising monastery, of which he was afterwards made the first Abbot”.

At the time the Abbey was built it would have been a heavily wooded area on the edge of an estuary known as Findhorn Bay which outflows into the Moray Firth.

These days the area is very different with the Abbey grounds forming part of the local cemetery, surrounded by fertile farmland.

The Abbey was founded in 1150 by King David I and was colonised by Cistercian monks from Melrose Abbey.

It received its Papal Bull from Pope Alexander III in 1174 and came under the protection of the Bishop of Moray in 1187.

The Abbey was honoured in 1214 when the Abbey was selected to host the General Chapter of the Prelates of the Cistercian Order.

As the success of Kinloss grew so the brethren were able to expand the Cistercian Order by the founding of two daughter houses at Culross and New Deir in 1217 and 1219 respectively.

The Abbey obtained many endowments from the King and his successors and became one of the largest and wealthiest Cistercian houses in Scotland.

For example, in 1312 Robert I (The Bruce) granted the Abbey the fishing rights to the River Findhorn and in 1362 the Earl of Sutherland bestowed upon the Abbey the Hospital and lands of John the Baptist of Hebnisden.
Undergoing a major rebuilding in the 13th century following a fire, the Abbey was extended and modified many times over the 400 years of its existence.

During 1395 construction started on the Abbot’s Hall and the Abbacy was granted the Mitre with a seat in Parliament.
Stories of strange scandals started to spread and accounts of immoral lives of the Abbot and the monks were beginning to give concern in Rome and Citeaux.

As a result an envoy was sent from Citeaux to correct the evil ways. In 1440 Abbot John Ellem bought many gifts for the Abbey and commenced repairs to the fabric of the abbey including the planning of a Bell Tower to stand above the choir of the church.

The Bell Tower was completed in 1470 and a spire mounted above. In 1492 further scandal hit the Abbey when monk William Butler committed murder by striking a young boy in a fit of anger and killing him in the cloister.

Butler was sent to Rome under escort of another monk in order to receive his punishment from the Pope. Letters of absolution were received by the Abbey but neither monk was seen again.

During its history the Abbey had many Royal visitors: Edward I (the “Hammer of the Scots”) camped at Kinloss Abbey for approximately 3 weeks during the autumn of 1303; Edward III stayed in 1336 whilst rescuing the besieged Countess Atholl from Lochindorb Castle and Mary Queen of Scots stayed in the Abbey in 1562 despite the church having transferred to Protestantism and Mary remaining a Catholic.

Probably the greatest Abbot the Monastery had was Robert Reid.

He was responsible for the introduction of an organised education system into the area and brought to the Abbey a fine painter and celebrated gardener.

Reid was made the Bishop of Orkney and following his death became the founder and benefactor of Edinburgh University.

The Reformation of Parliament in 1560 finally saw the end of Kinloss Abbey as Protestantism became the religion of the land and Catholicism was abrogated.

Walter Reid, the last Abbot, systematically dismantled the wealth and the fabric of the church until it was taken into temporal Lordship in 1601 under the control of Edward Bruce, later Lord Bruce of Kinloss.

The ruins were eventually sold to Alexander Brodie of Lethen in 1643 who sold the stone on to Cromwell in 1650 for the construction of the Citadel in Inverness.