The original group, led by St. Robert of Molesme, were Benedictine monks from the Abbey of Molesme. Often referred to as the ‘White Monks’ because they wore a white or grey habit with a black scapular. The reason for their move had been their dissatisfaction with the relaxed observance of their Abbey and a wish to live a solitary life under a strict observance of the Rules of St. Benedict (PDF 178Kb)

The third Abbot at Citeaux was St. Stephen Harding, an Englishman, who was accredited with having formulated the Charter of Charity (PDF 9K), the constitution of the Cistercian Order. The new Charter required severe asceticism. The monks rejected all feudal revenues and reintroduced manual labour as a principle feature.

The government of the Cistercian Order was based on three main principles:

Individual monks spent their entire life at the Abbey at which they took their vows. The annual Chapter meetings and visitations ensured that the Orders rules and standards were maintained. 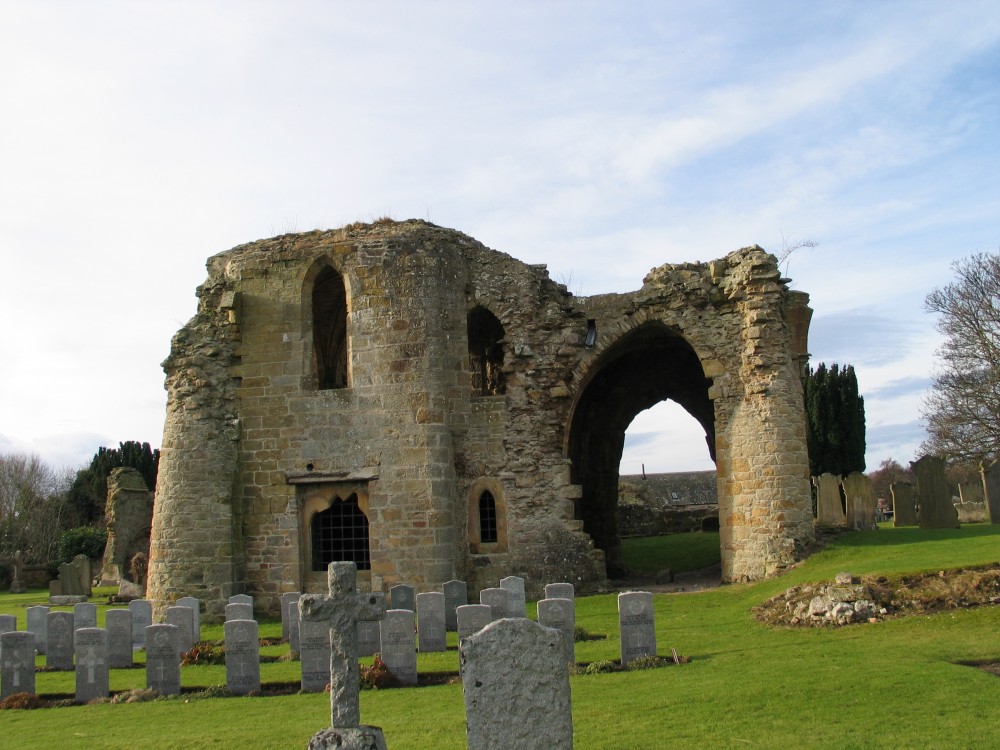 The future of the Cistercian Order was secured in 1112 when St. Bernard of Clairvaux joined Citeaux as a novice. In 1115 he left Citeaux to found an Abbey at Clairvaux and from that point forward the spread of the Cistercian Order was spectacular. Never had a religious order expanded so rapidly, by St. Barnard’s death there were 338 Cistercian Abbeys of which 68 were direct foundations of Clairvaux. One hundred years later the number of monasteries stood at over 700 covering the whole of Europe and housing over 20,000 monks.

In November 1128 the first English settlement of Cistercians was made at Waverly near Farnham in Surrey. Very soon the Cistercian Order had spread throughout the whole of Great Britain. 1131 saw the arrival, from Clairvaux, of William, an English monk of great virtue. He founded an Abbey “in a place of horror and dreary solitude” at Rivaulx in Yorkshire. By 1143 three hundred monks had entered Rivaulx and many offshoots were quickly established. One of these was Melrose in the borders of Scotland and it was, of course, from Melrose that the monks came to found Kinloss Abbey in 1150.