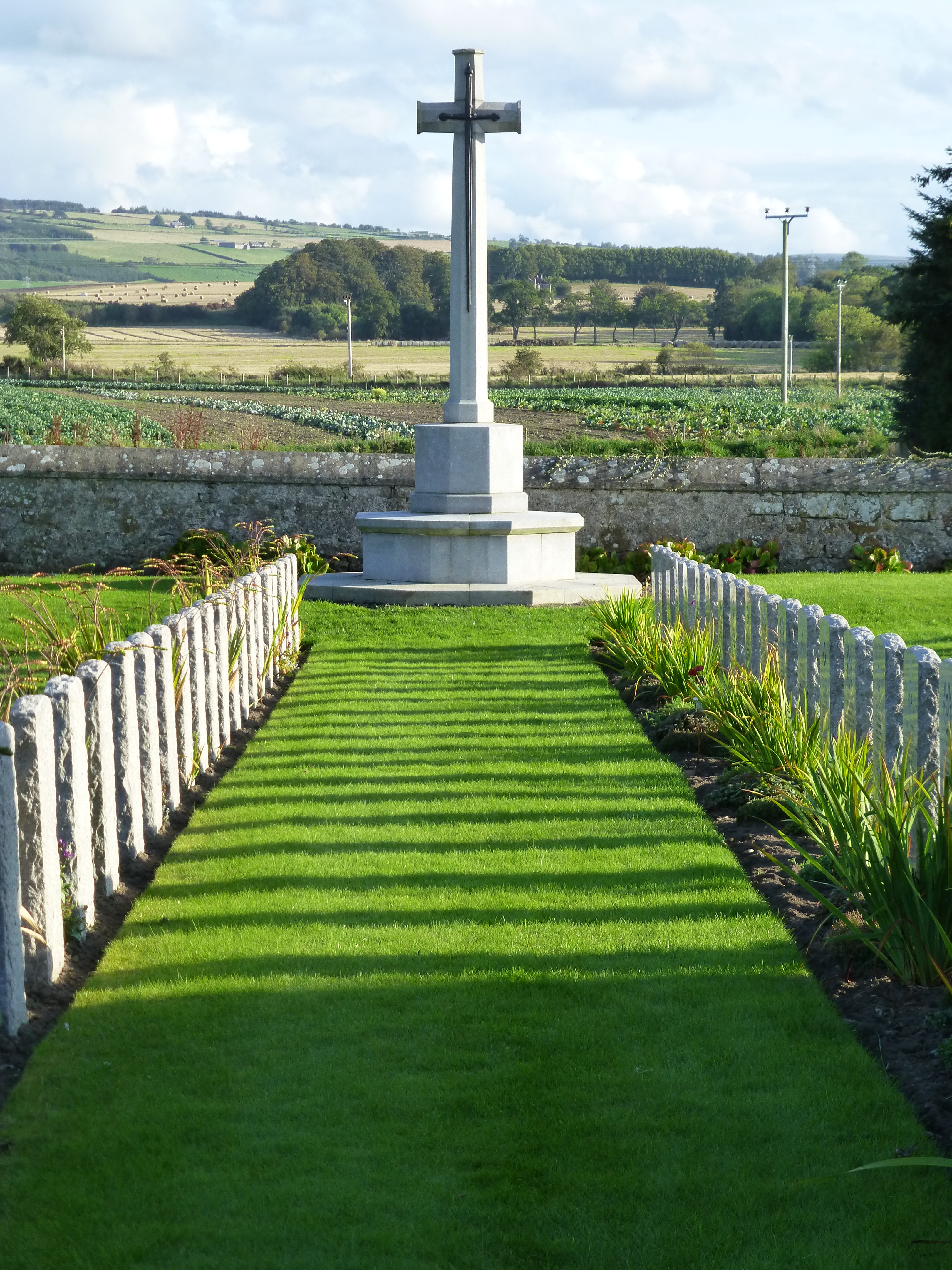 In the vicinity of Kinloss Abbey there are four distinct graveyards – two municipal cemeteries, one military cemetery and the historic graveyard.

It is the historic graveyard that is of concern to The Kinloss Abbey Trust as it lies almost entirely within the confines of the Abbey precinct, most of the graves being in the church nave or the Cloister area some dating back to the 1680’s.  The historic graveyard requires particularly attention as many of the graves have been overgrown with ivy, elder and other vegetation and a lot are badly damaged or have toppled over.  There are a large number of family ‘crypts’ some of which are no longer tended and have fallen into disrepair.

Whilst efforts are made to maintain the grass around the graves by the local authority Moray Council, this can lead to damage to the grave stones and their surrounds.

It is the intention of The Kinloss Abbey Trust to carry out work on the historic graveyard to further the long term restoration of Kinloss Abbey. This work is split into various areas which are detailed here.

During the summer of 2010 members of The Kinloss Abbey Trust helped  to clean gravestones and make a full and accurate survey of the historic graveyard.

The Moray Burial Ground Research Group have recorded every grave within the confines of Abbey precinct.

This includes the War Graves area and the modern cemetery. The work was published in 2011 and is available through their website  http://mbgrg.org

In Autumn 2008 The Kinloss Abbey Trust began clearing the ivy and undergrowth from around ancient gravestones.  This is an ongoing project.

Funding is to be sought to enable the repair and restoration of the historic graveyard.  Using specialist contractors and under the guidance of Historic Scotland and the Carved Stones Advisor it is hoped that many of the damaged grave stones can be repaired and restored.

Commonwealth War Graves Commission (CWGC) cares for cemeteries and memorials for those who died in the two world wars.

Moray Burial Ground Research Group is a volunteer group formed in 2003 with the task of surveying every burial ground in Moray. 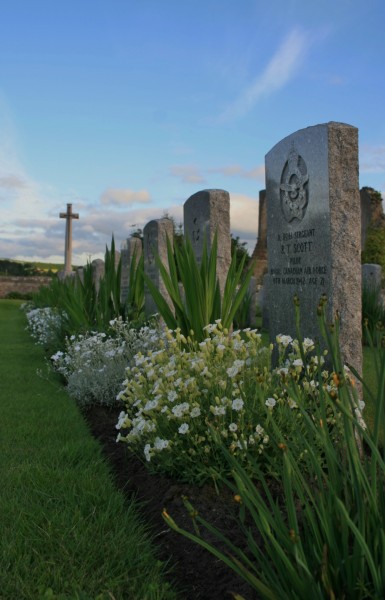